Song of the Day: Naked Hero by Vaundy

This is the first in a series of articles about songs that get stuck in my head. 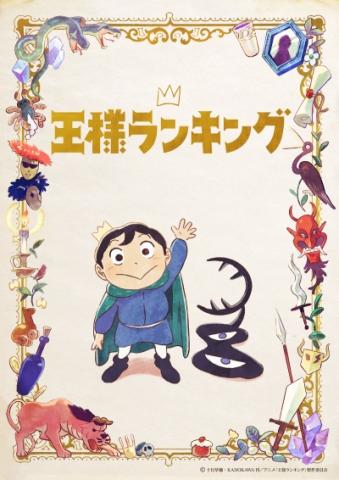 The Song: Naked King (裸の勇者) This song is used as the 2nd opening for the anime "Ranking of Kings" (Ousama Ranking).

What I like about it: So much. First, it's a heckuva catchy tune that's both tender and totally rockin'. But what really gets me is how brilliantly connected the lyrics and mood are to the main theme of the anime. Ranking of Kings tells the story of Bojji, this teeny tiny prince who is deaf and cannot speak well. His parents were literal giants, something strange happened (a curse) when Bojji was born, and the people in his village have serious doubts that this soft-hearted, curious boy will have any hope of filling the role of king. As the story's title suggests, there's also a world-wide ranking of kings, that, as far as we know, is based mostly on brute strength, power over others, and wealth.  It's not looking so good for our dear boy Bojji. But as the story moves along, we learn that Bojji's strength lies not in his fighting prowess (although he is a prodigy in dodging attacks), but in his care and compassion for others that is so transparent and infectious that even the biggest, baddest criminals and monsters in this world admire him and follow his lead. In the song's chorus, Vaundy belts "Everything I've fallen in love with, And the curse that fell upon me, too, All the feelings of falling in love, Give me enough light to protect them," which I take to refer to Bojji's strength drawn from love and care, rather than greed or malice. As his village and perhaps the entire world is under threat, Bojji is learning that being his true, kind-hearted, generous and determined self leads to the righteous path forward to peace and prosperity for all. "Shake off the power that comes from malice..." the song continues. "Let yourself be." Vaundy expertly modulates his singing to reflect both the small, nervous voice of finding one's self, as well as the more confident voice of someone drawing strength from their unwavering love for others. I love a good jam with a heart-warming and uplifting deeper meaning. 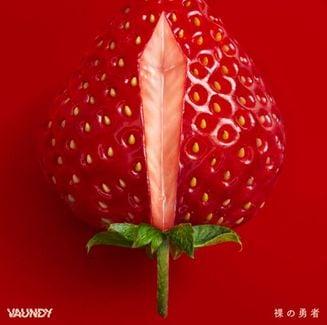 How I first heard it: I started watching Ranking of Kings earlier this year, and am currently watching each serialized episode as it comes out weekly. I've enjoyed all of the opening and ending songs for this show so far, but this one is a stand out for all the reasons I've listed above.

Why it's stuck in my head: Musically, the hook in the opening of the chorus, romanized as "Aishite shimatta zenbu zenbu" kind of comes out of nowhere in the song, and starts the harder-hitting portion of the song so well. Thematically, when I hear that part of the song in my head, I start to think about the anime, and how sweet, clever, and good it is, so I give the song room in my head, "rent free" as the kids say. Since I'm watching the show weekly, there's also a weekly reminder of the song, so that reinforces it, too.

Added thoughts: There are wars going on in our world every day. Not just bigger ones with awful explosions, displacements, and killing, but also lots of little wars -- arguments, insults, cold-shoulders, evil-eyes, etc. I grew up thinking that all of these were just what humans do naturally, like singing or eating. While I won't deny the very primal-feeling impulse that causes anyone, myself included, to lash out and be unkind, I also know we are all capable of immense compassion and kindness. What might the world look like if we valued and revered that kind of "power" and "strength" instead of physical or military might? Maybe Bojji can teach us all a lesson.